âKeichu is unique. Closely-related to American boxing and French Savate, Keichu mixes in a little Judo, a cup of Jiu-Jitsu, a pinch of Kung-Fu, a tablespoon of Karate and a gallon of street-wise Cajun fist-fighting.â – Soke Karl W. Marx

The Character of a GrandMaster

Keichu-Do Cajun Karate GrandMaster Eldrige Conley has dedicated his life to the principle that when it comes to achieving excellence, there is no substitute for discipline, hard work and razor-sharp focus.

“Self-Defense is not a part-time, when you have time, kind of pastime.” Soke Karl W. Marx, Sr., founder, Keichu-Do 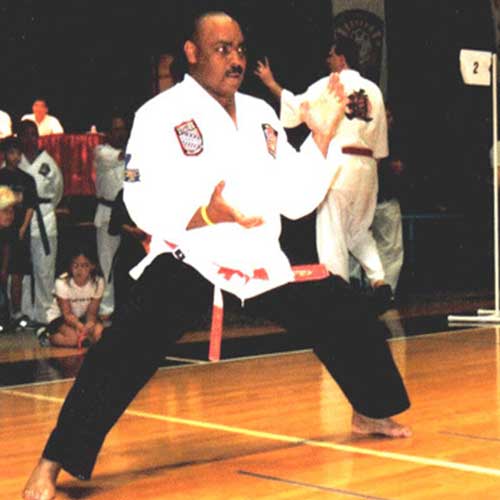 His life demonstrates the power of his guiding principle in action, and is marked by noteworthy accomplishments as: 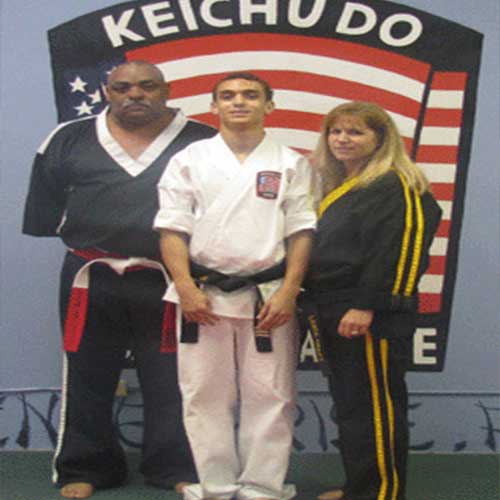 Pictured above is Grand Master Conley with his son E.J. Conley and his wife Laurie Conley.

Grand Master Conley has been a dedicated student in school, and in life, from a very early age, and he continues to learn and grow to this day as a Grand Master and a person. He holds a Doctorate of Philosophy in Martial Arts, as well as degrees in criminal law and music, plays the cello, and often performs at Troy University.

He has spent over 50 years studying Keichu-Do Cajun Karate.Â  Â From the very beginning in 1969, when he hitchhiked 12 miles each way just to have the opportunity to learn Keichu-Do, to his induction into the Karl W. Marx Hall of Fame in 1994, to his promotion in 2009 to 8th degree black belt, the highest level available in Keichu-Do, Grand Master Conley has been driven to achieve excellence as a student of Keichu-Do. His achievements speak for themselves. Soke Karl W. Marx passed away in 2013 leaving Grand Master Conley the highest promoted black belt by the founder of Keichu-Do Karate. He has from 1969 to present in Keichu-Do karate. 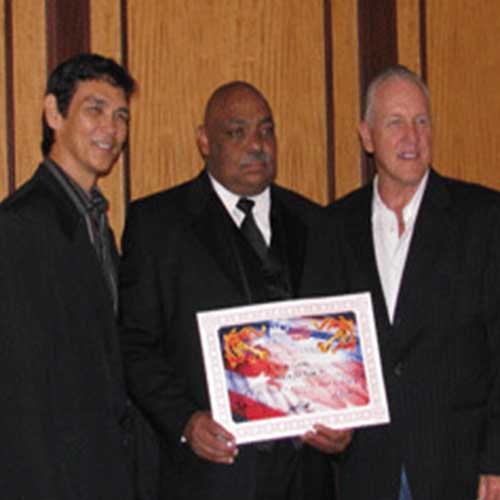 Grand Master Conley has been a teacher of Keichu-Do and self-defense for as long as he has known something someone else could benefit from. His passion for teaching others and encouraging their achievement has been an integral part of both his military work and his off-duty time. He started a total of 11 schools of Keichu-Do over the years, and his studentsâ successes have been noteworthy:

Grand Master Conley pictured above with his student Patrick Paolozzi, while visiting Germany in May 2004 as a Special host for the German Benefiz-Open Championships

“Defending one’s self is a habit.” — Soke Karl W. Marx

Grand Master Conley applied the same discipline, hard work and focus to his military service career, and his record reflects steady growth and achievement. He enlisted in 1975 as an infantryman, and over the years, he completed Flight Operations and Military Police training, served as a Drill Sergeant, and eventually attended the U.S. Army Sergeants Major Academy, the highest level of professional development for enlisted soldiers. He retired as a Command Sergeant Major in 2005 after 30 years of honorable service to his country.